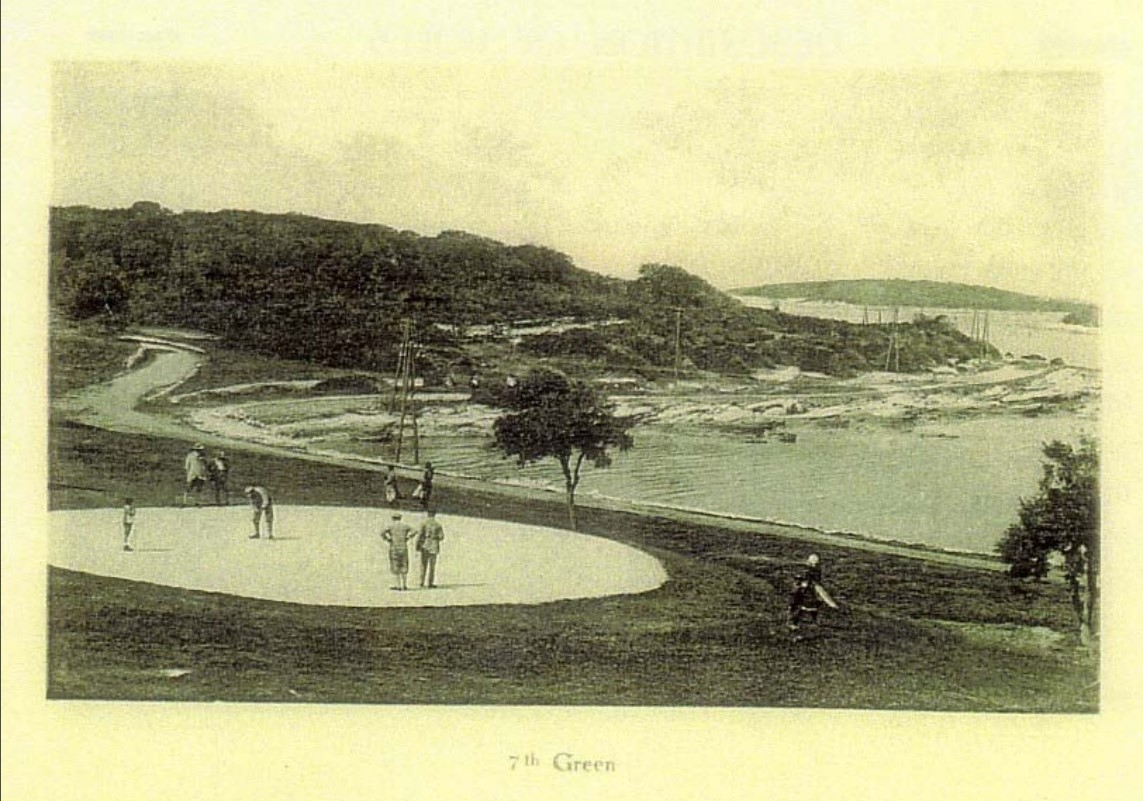 100 years of golf on Brijuni

After World War I, major changes took place on Brijuni. Although the islands remained the property of the Kupelwieser family, under the Treaty of Rapallo in 1920, Brijuni came under Italian rule. The family holiday and treatment destination, visited mostly by guests from Austria-Hungary for the purpose of rehabilitation, now became an island of youth, sports and fun. Karl Kupelwieser, the elder son of the owner of Brijuni, took over running the entire business, and pinned his hopes of the recovery of Brijuni’s economy entirely on this form of tourist offer. He focused his investments on the development of sports activities, and already in the early 1920s began building a golf course to attract new clients. According to Dr. Lenz, the “healthy and aristocratic” sport was very well-received. The course was constructed on beautiful terrain, and could be used throughout the year – greens were made of sand instead of grass. As a result, Brijuni became popular among British and American visitors, so the owner opened an office in London, while the haunt of Brijuni golfers in the US became New York’s Hotel St. Mortiz. Up to a hundred events took place on the island every year, with around twenty participants per event (for example, the 1932 event). The local children on Brijuni also got a chance to make some money – carrying golf clubs and collecting golf balls. 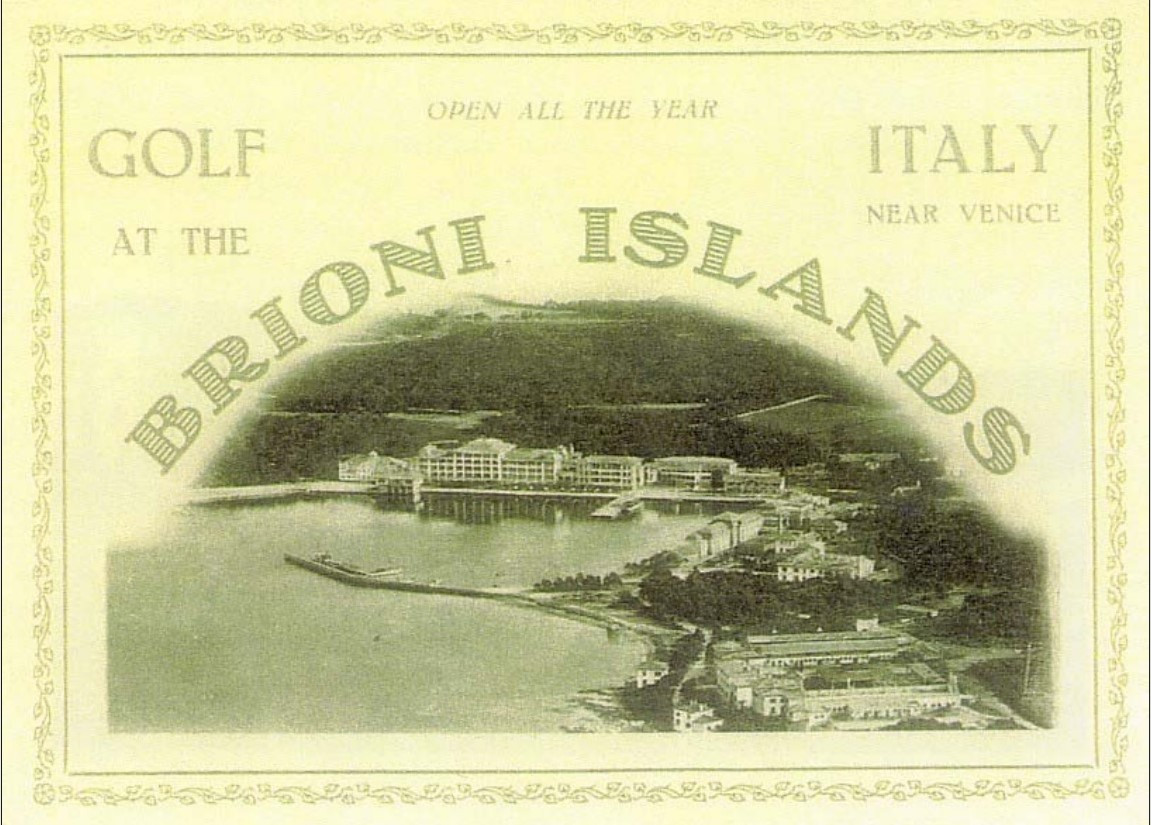 The construction of the golf course on Brijuni was finished in late 1922, and the first tournament was held on 21 March 1923, a mention of which was published in the Pula daily newspaper at the time. The course was claimed to be one of the biggest in Europe. More recent information suggests that the Brijuni course might have been the first golf resort in the world. The course certainly stood out, not only because of its climate and position (Mediterranean destination in “Mitteleuropa”), but also because of its good reputation. Namely, although European championships were never played here, if you were to read the newspapers and journals of the time, you would have got the sense that the course was exceptionally well-known and recognised, both among golf champions and the upper classes. In addition to world-class golfers, the course was frequented by members of the European aristocracy, the most renowned industrialists and artists. Up to 50 tournaments a year would take place on the course of Brijuni, and the trophies for the best players were finally presented at the New Year’s Eve ball and gala dinner. 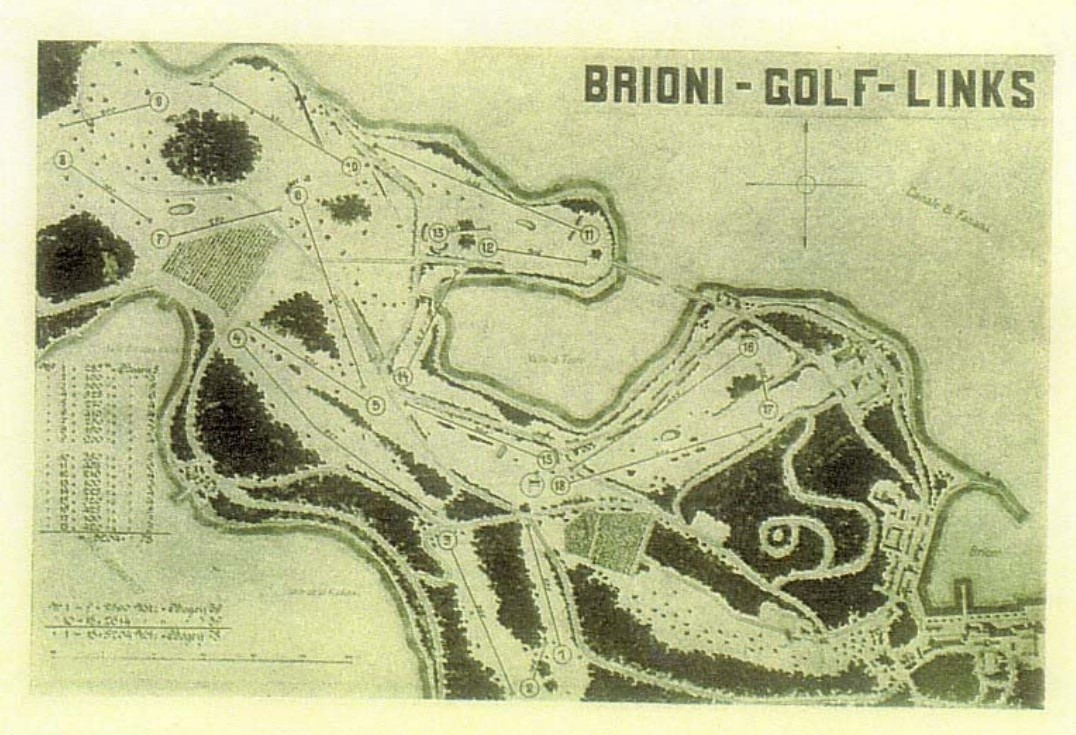 The course was redesigned four times in the 1923 – 1939 period. The biggest changes to the layout were noticed in the 1933 redesign. Those most comprehensive changes were made in 1932/33 by the English and American golf architects Tom Simpson (1877 — 1964) and Georg C. Thomas (1873 — 1932). So we can say that these changes, headed by the leaders in the “golden age” of golf architecture, were the most significant in the entire history of the Brijuni course.

The first phase of reconstruction of the old course took place in 1991, when a group of students from the Faculty of Physical Culture in Zagreb, in collaboration with experts from Brijuni National Park, rebuilt nine holes of the old course. Referring to old drawings, they reconstructed nine holes in total. After almost 50 years, golf returned to Brijuni. The Brijuni course has since then been attracting more and more lovers of the sport. Up to a dozen tournaments take place every year. As more and more national and international golfers register each year, all 18 holes, as well as the club house, underwent reconstruction in 2007. 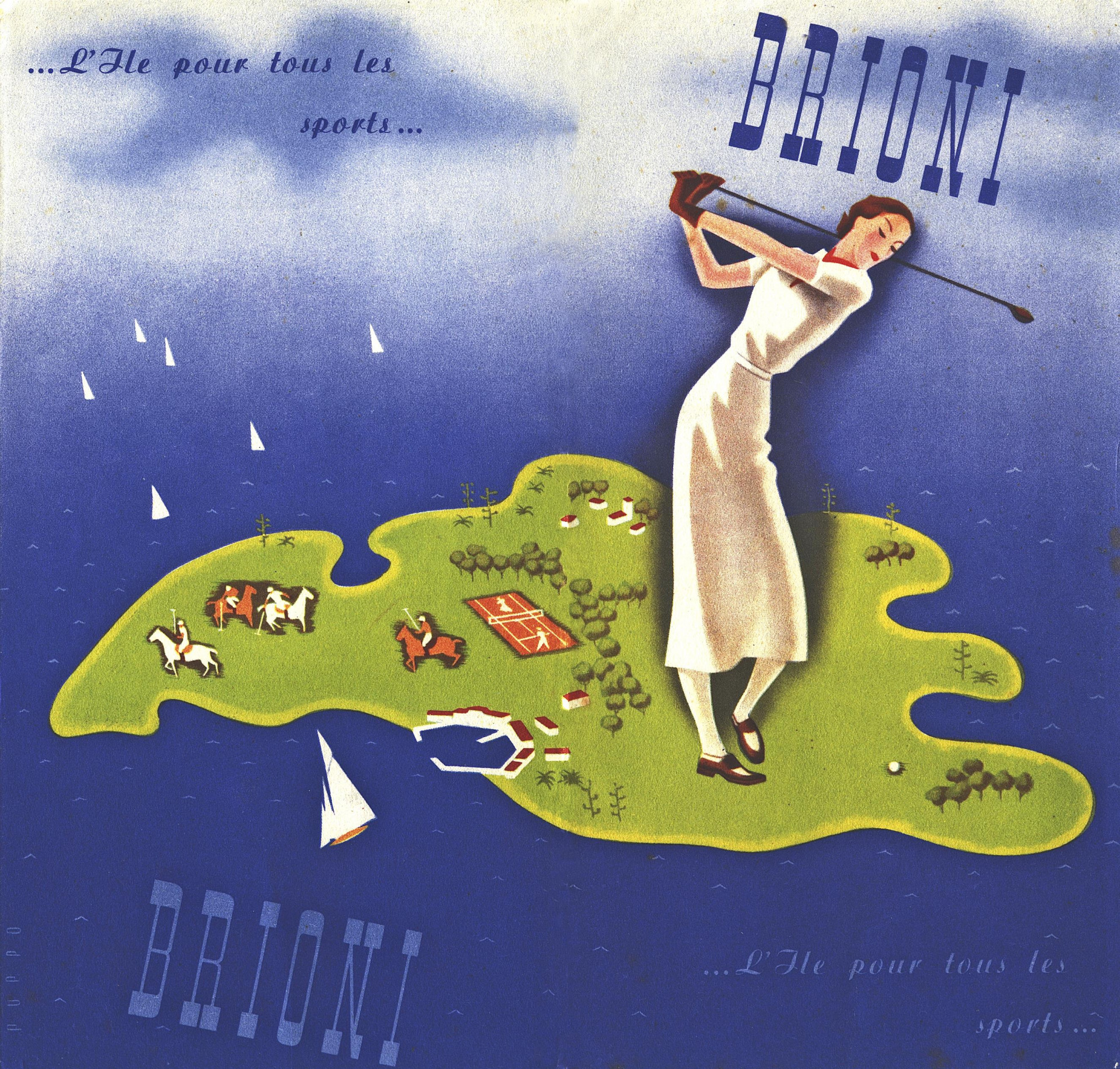