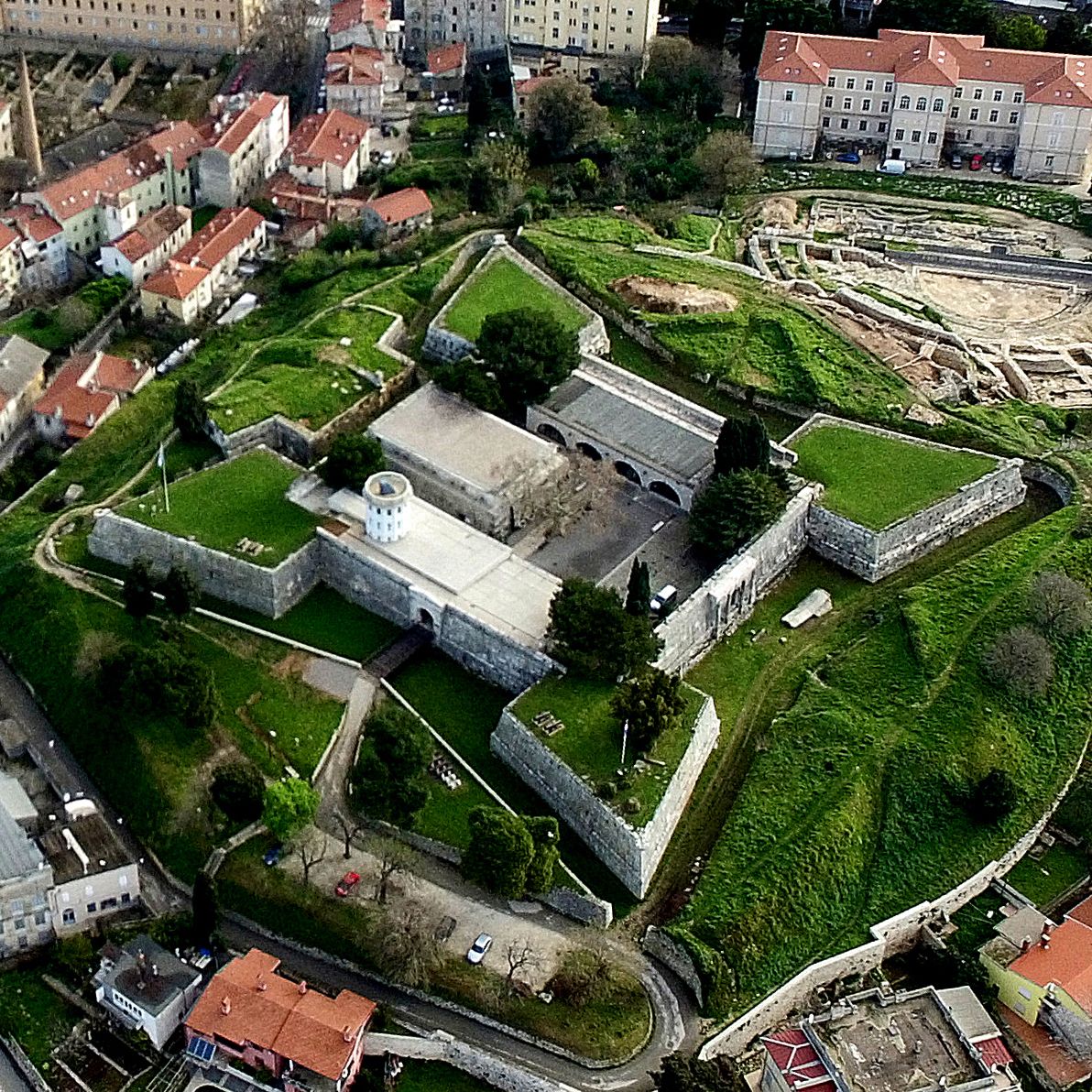 From the upper circular street one of the perpendicular paths leads to the top of the central hill of the city where a star-shaped castle with four bastions was built in 1630. Wishing to protect the city and its harbor, because of it great significance in maritime trade in the North Adriatic, the Venetians commissioned the building of the Castle from the French military architect Antoine de Ville. This was most probably the site of an earlier fortress dating from the pre-Roman and Roman period. The Histrian hill-fort was primarily built for defensive purposes, whereas in the Roman period a small military garrison was stationed here. Today the Castle houses the Historical Museum of Istria.