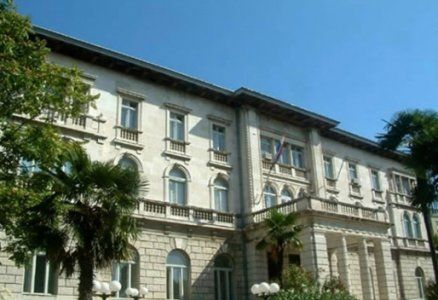 Among the great number of cultural and historic monuments that you shouldn’t miss in Pula, the Naval Library (Marine-Bibliothek), located in the House of the Armed Forces is perhaps the least familiar one.
The Naval Library was founded in Venice in 1802, and the Republic of Austria donated part of its holdings to Pula in 1975. Part of the library holdings (some 11,000 volumes), together with inventory books has remained in the Library of the Austrian National Archives (Bibliothek des Österreichischen Staatsarchivs) in Vienna. In 1992 it was listed as a cultural monument of the Republic of Croatia.The Naval Library disposes of 6,757 titles in 20,371 volumes, among which there are 13,000 monographs, 7,000 journals, annuals and newspapers. These are strictly scientific and professional publications of scientific associations and institutions from all over the world published between the 16th century and 1918.