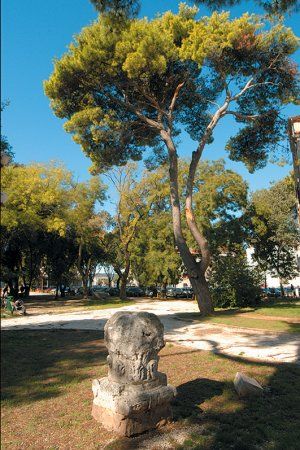 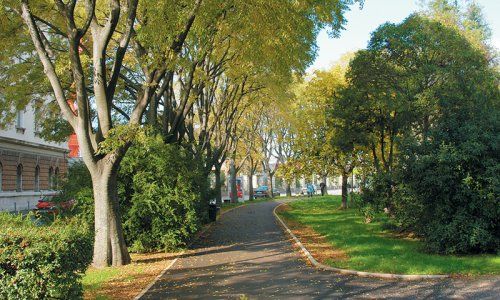 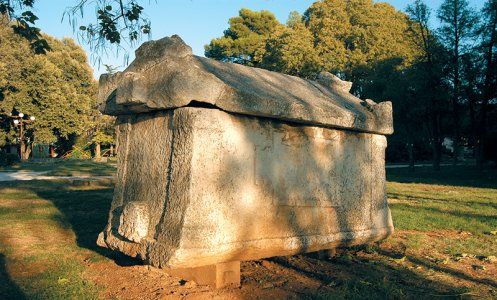 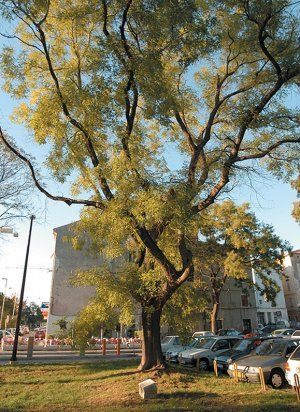 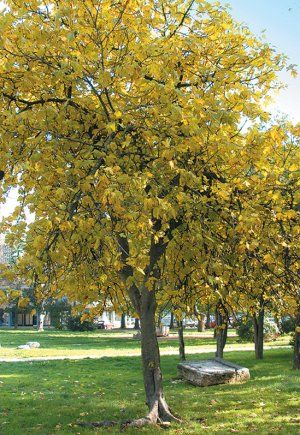 The park named after the twinned-city of Pula lies in the very center of the city between the main pedestrian and automobile communication directions. It was built in 1957 on the ruins of buildings destroyed in air raids, so that the base on which it lies is inadequate and does not meet the requirements of a modern city park. Although it is not grand by design, it attracts attention because of the archaeological remains scattered in the park which is why it was called Archaeological Park until the 1960s. In its center lies a group of nice holm oak, the Istrian autochthonous oak, a species that dominates on the vegetation map of Istria. We find here a unique example of wild-growing fig tree – Mediterranean fruit, which is a must among Istrian food. Figs can be eaten fresh, dried, in brandy, jam and fig cake.
Along the road between the tall hackberry trees lie shrubs of myrtle (Myrtus communis). This Mediterranean plant is naturally found in Istrian vegetation and is yet another “aromatic” member of Mediterranean flora. Namely, myrtle essential oil successfully cures respiratory problems and builds the immune system.
NEWLYWED’S PARK
It was designed in the 1950s, but gained its full splendor at the end of the century when the automatic irrigation system was introduced. Since then its area of over 1,000 m2 has been well tended, colorful annuals planted and shrubs and hedges trimmed and clipped. The decorative illumination beneath the slender cypresses creates a special atmosphere in the park at night, so that newlyweds after saying the great “I do” often take pictures on the bench of this park.