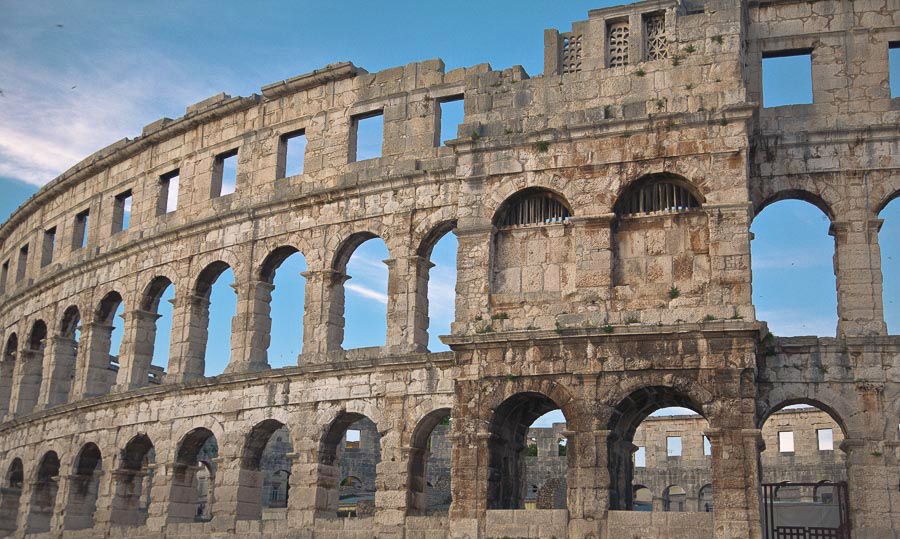 Today, it is the venue for many different events – Pula Film Festival, various concerts, opera, ballet, sports competitions… since its capacity is about 5000 spectators.

Every week during the summer months, the Arena hosts gladiator fights as part of the historical and entertainment spectacle “Spectacvla Antiqva”.

The underground passages, once used by the gladiators, nowadays host a regular exhibition of viticulture and olive growing in Istria in ancient times. The exhibits include reconstructions of machines once used for the production of olive oil and wine (mills, presses, vessels) and amphorae used for storing and transporting olive oil and wine.