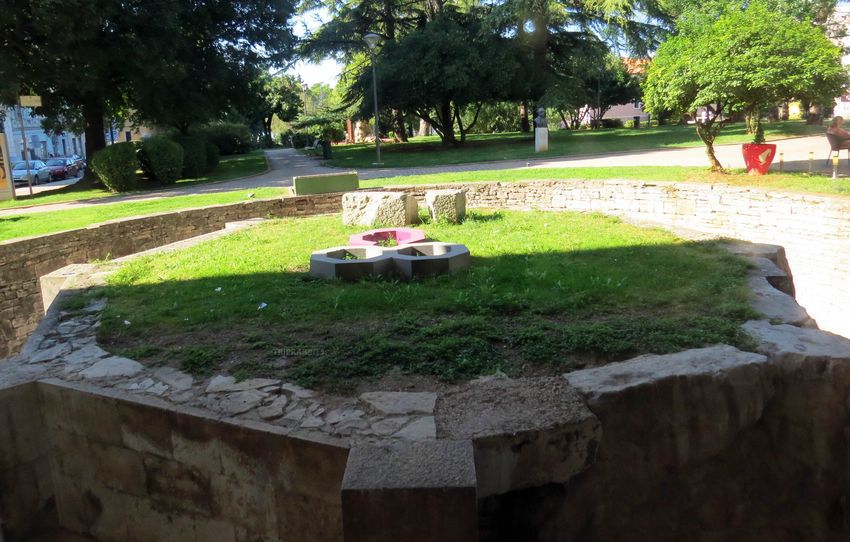 In close proximity to the Twin Gates, Archaeological Museum of Istria and the city walls is the Octagonal mausoleum. This eight-sided mausoleum dates from the 1st century and only the remains of its lower part are visible today. Archaeologists believe that a tomb was located in its central part and the entire octagon structure had a roof construction. The mausoleum is believed to have been over nine meters high, since only the lower part is about 1.5 meters high.

This mausoleum was discovered in 1941.